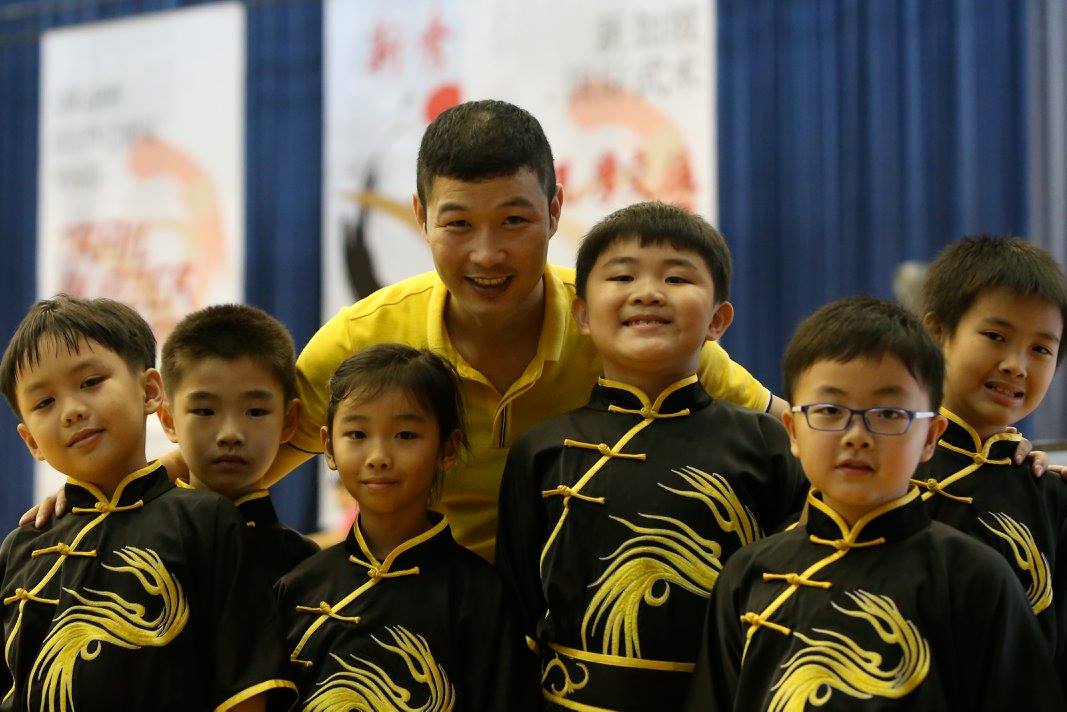 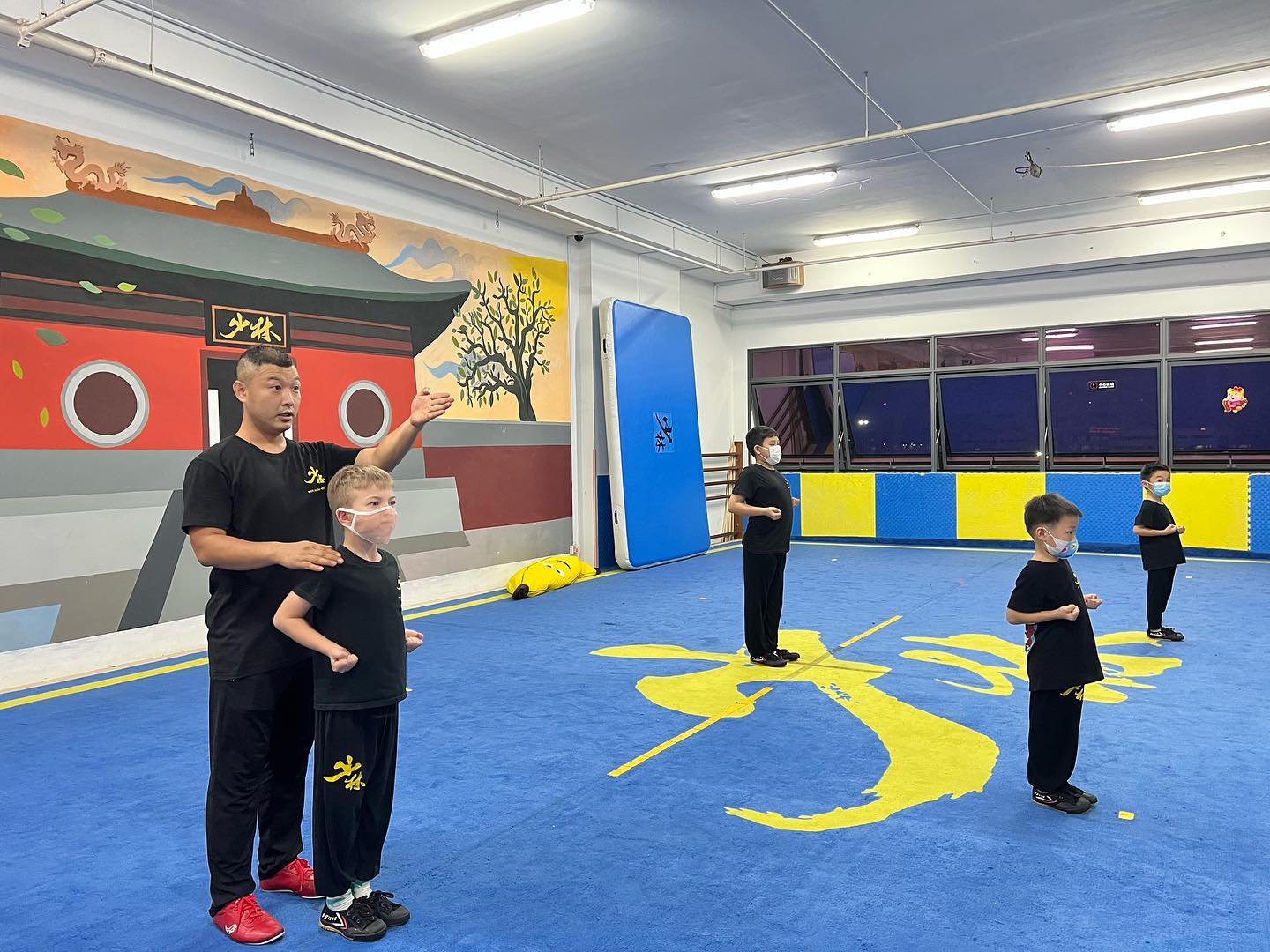 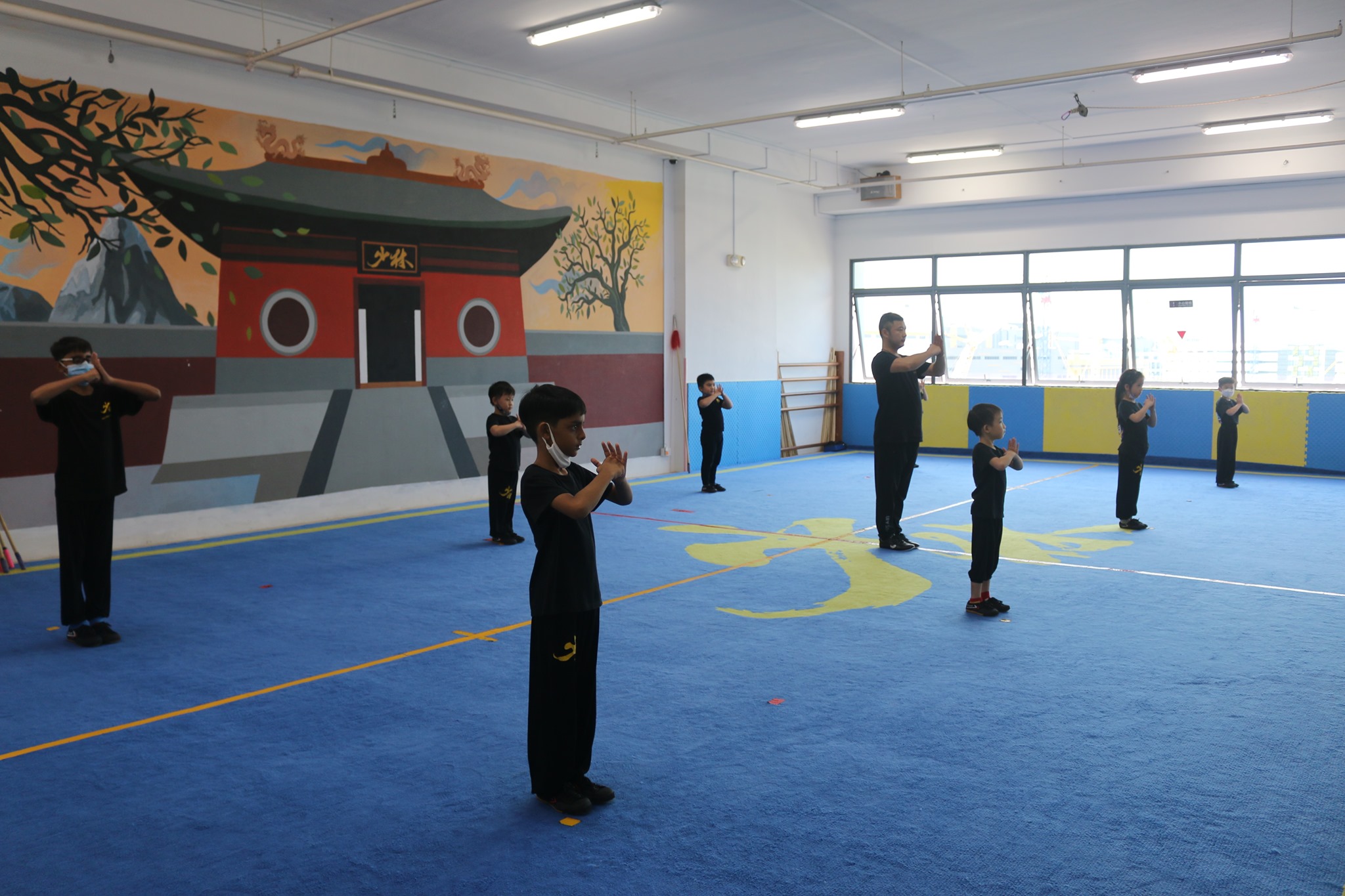 Shaolin Club offers authentic Shaolin Kung Fu lessons for your kids. All of our coaches are from the elite groups in the Shaolin Temple. Our teaching philosophy is to stimulate children’s interest in Kung Fu. Then gradually improve their speed, strength, endurance and flexibility. Shaolin Kung Fu can also help your child to improve his/her body immunity, posture and overall health. Apart from that, it will also help your child to boost his/her self-esteem and confidence, shaping him/her into an independent individual.

Shaolin Kung Fu has been spread to many parts of the world, including Singapore. Shaolin Club has begun classes to cater to Wushu enthusiasts and in every lesson, we offer a variety of courses, including Tai Chi, boxing, Traditional Shaolin Wushu, and many different forms of weaponry routines. We do have personalised classes as well, and the training is conducted according to one’s interest. 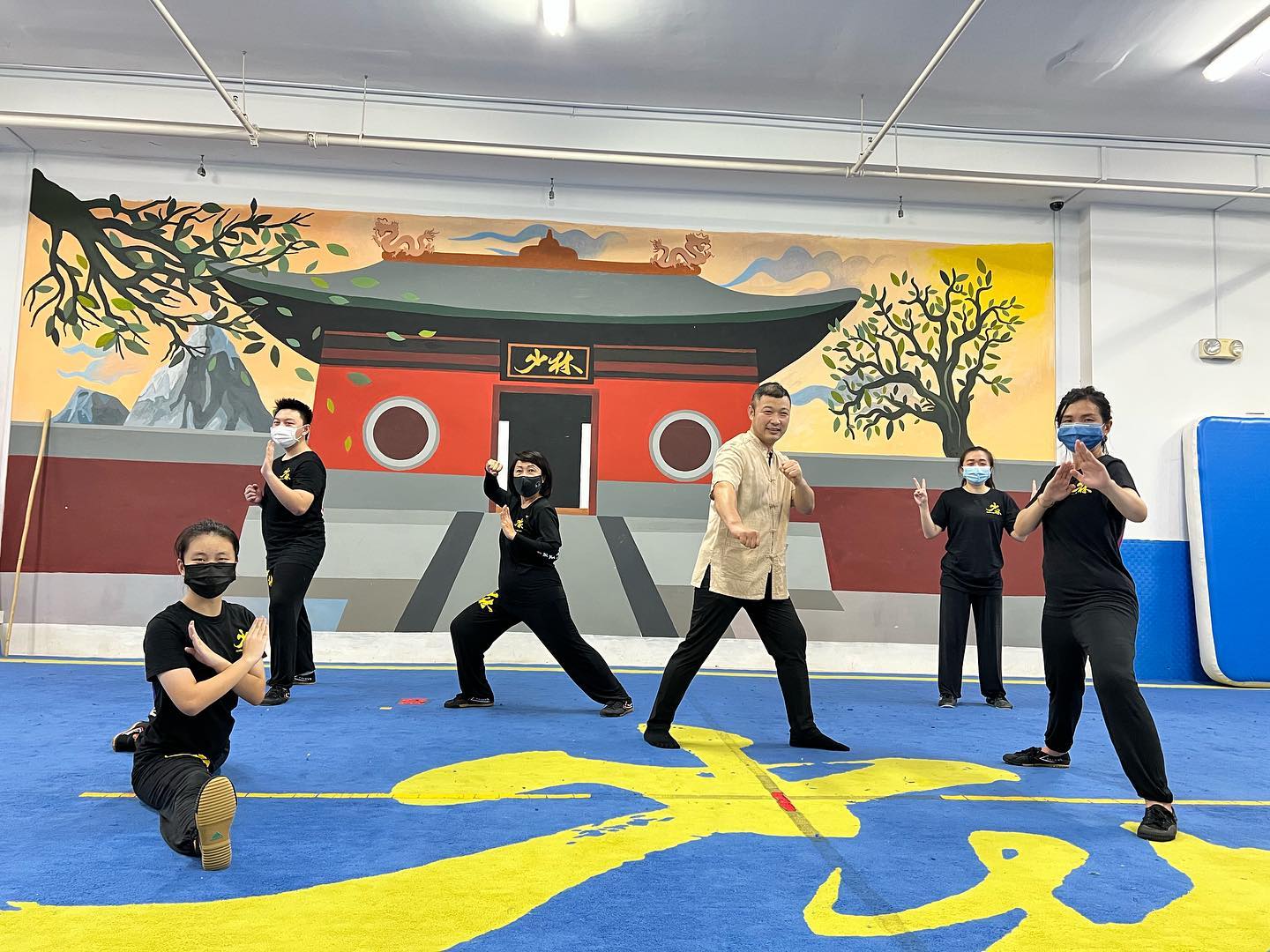 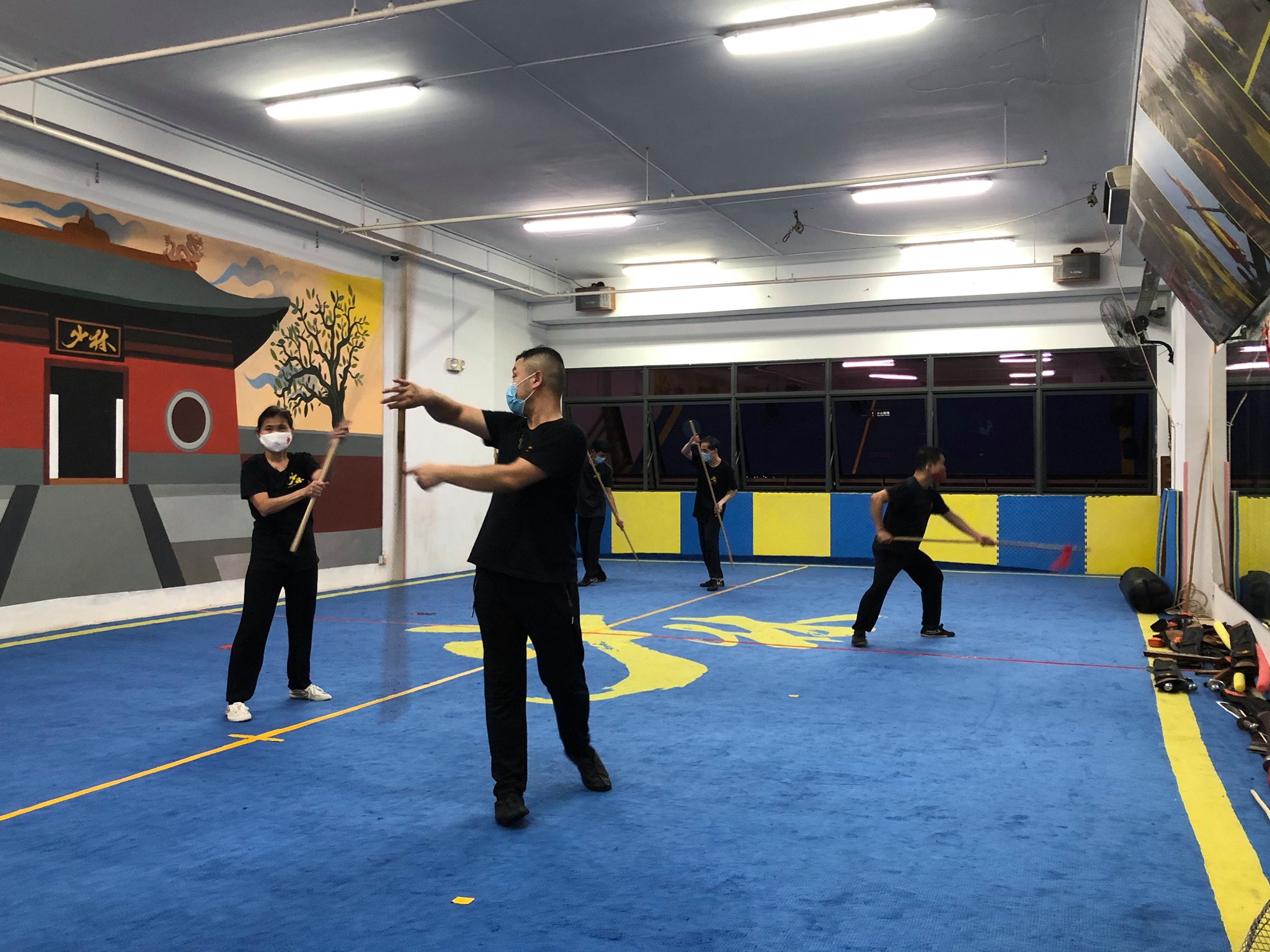 Health preservation has always been our pursuit. In the Shaolin Club, you can not only learn Shaolin martial arts, but also know a better life. Therefore, we have established health preservation courses including Tai Chi, Da Bei Quan, Qigong, etc. for everyone to learn and experience. Taijiquan is one of the traditional Chinese fitness boxing techniques. It is a health-preserving technique that emphasizes the unity of nature and humanity and the unity of form and spirit. It has the characteristics of being light and flexible, combining rigidity and softness, moving like clouds and flowing water, and continuous. This kind of movement is both natural and elegant, and the practitioner can experience the rhythm of music, the connotation of philosophy, the beautiful shape, and the artistic conception of poetry. The combination of movement and static, and seeking movement in silence make it more in line with the fitness principle of moderate exercise, allowing you to enjoy high-level enjoyment, the disease disappears, and the body and mind are healthy. Shaolin Great Compassion Boxing “Shaolin King Kong Great Compassion Dharani Boxing” is an internal exercise method secreted by Shaolin Temple. We mainly practice Shaolin Great Compassion Boxing through the Yi Jin Jing, Washing Marrow Sutra, and combining the essence of Kung Fu and Zen. This sport is both natural and elegant. It was founded by Master Bodhidharma based on Yi Jin Jing and inherited the essence of Shaolin martial arts skills. “Qilong travels all over the body to warm the body, trembling with energy.” 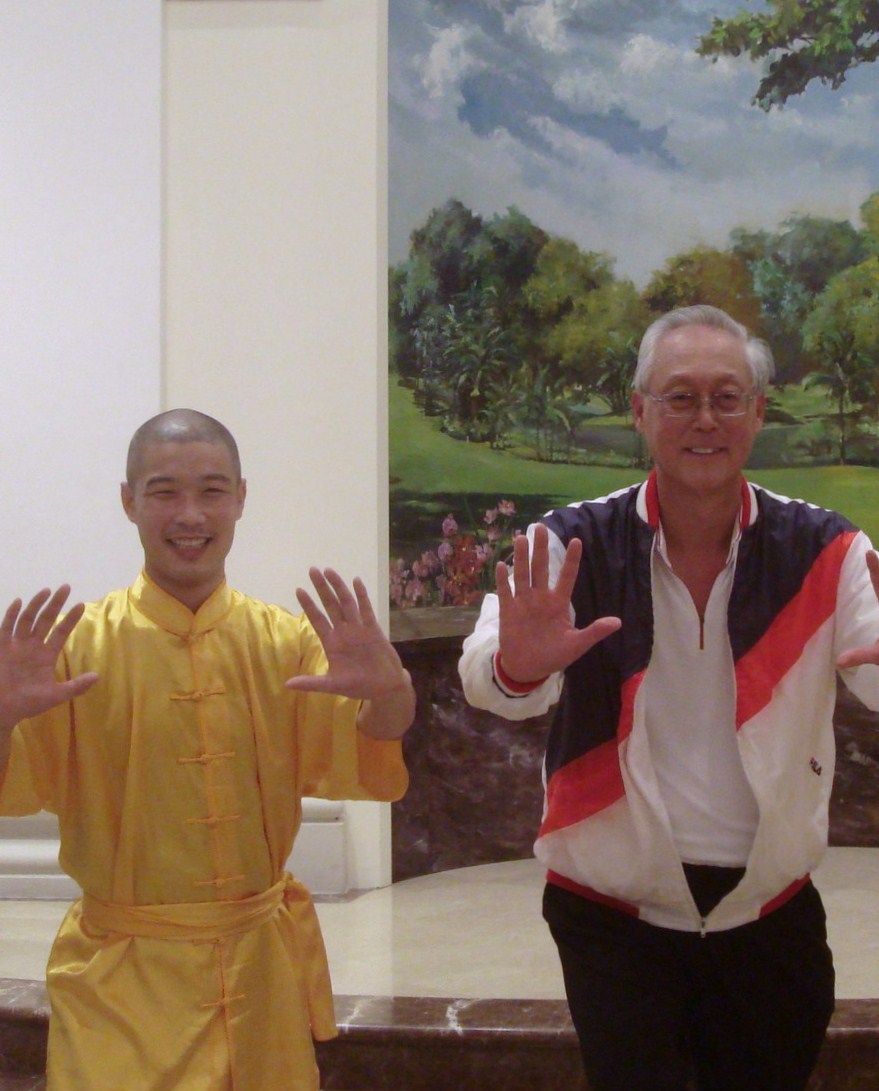 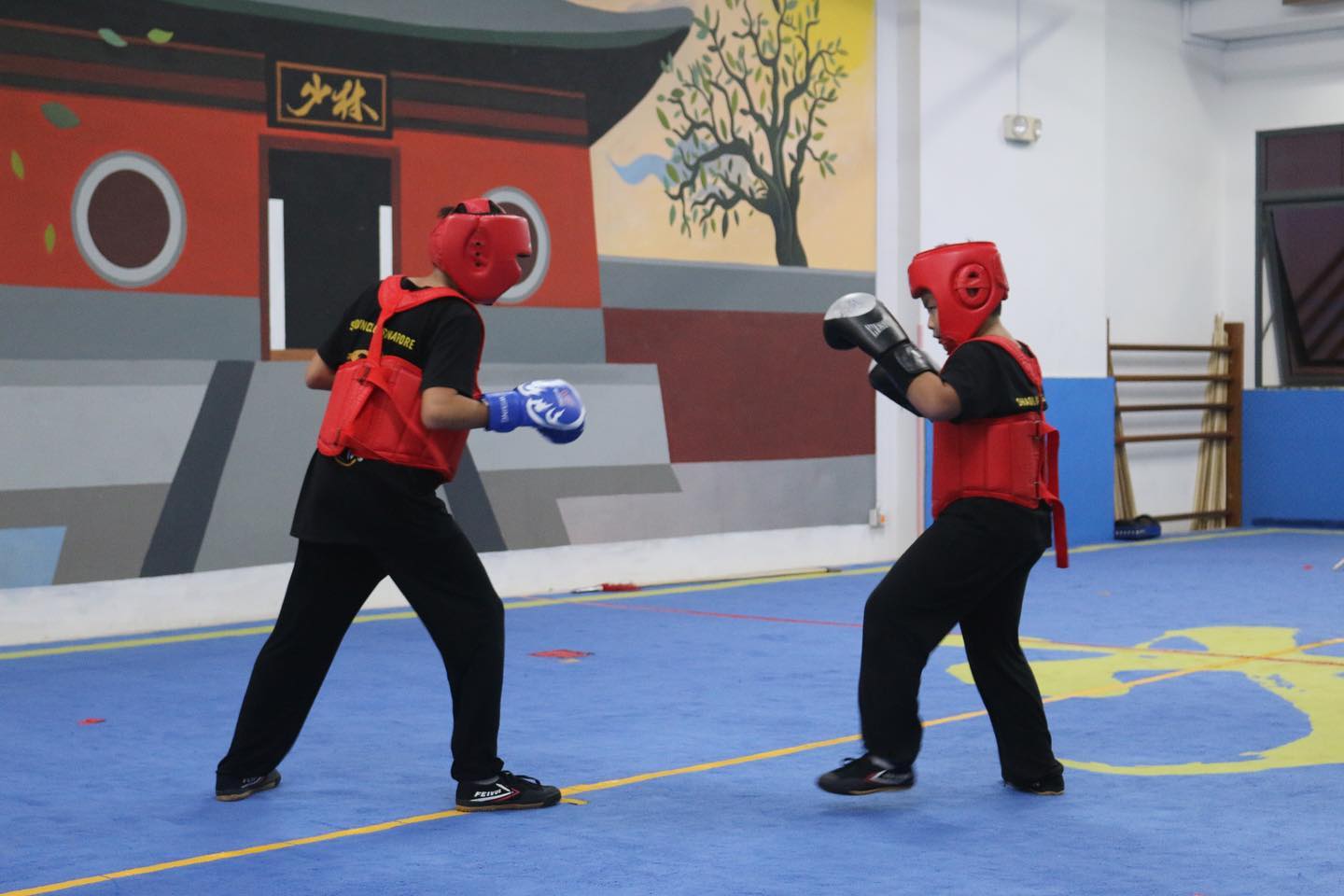 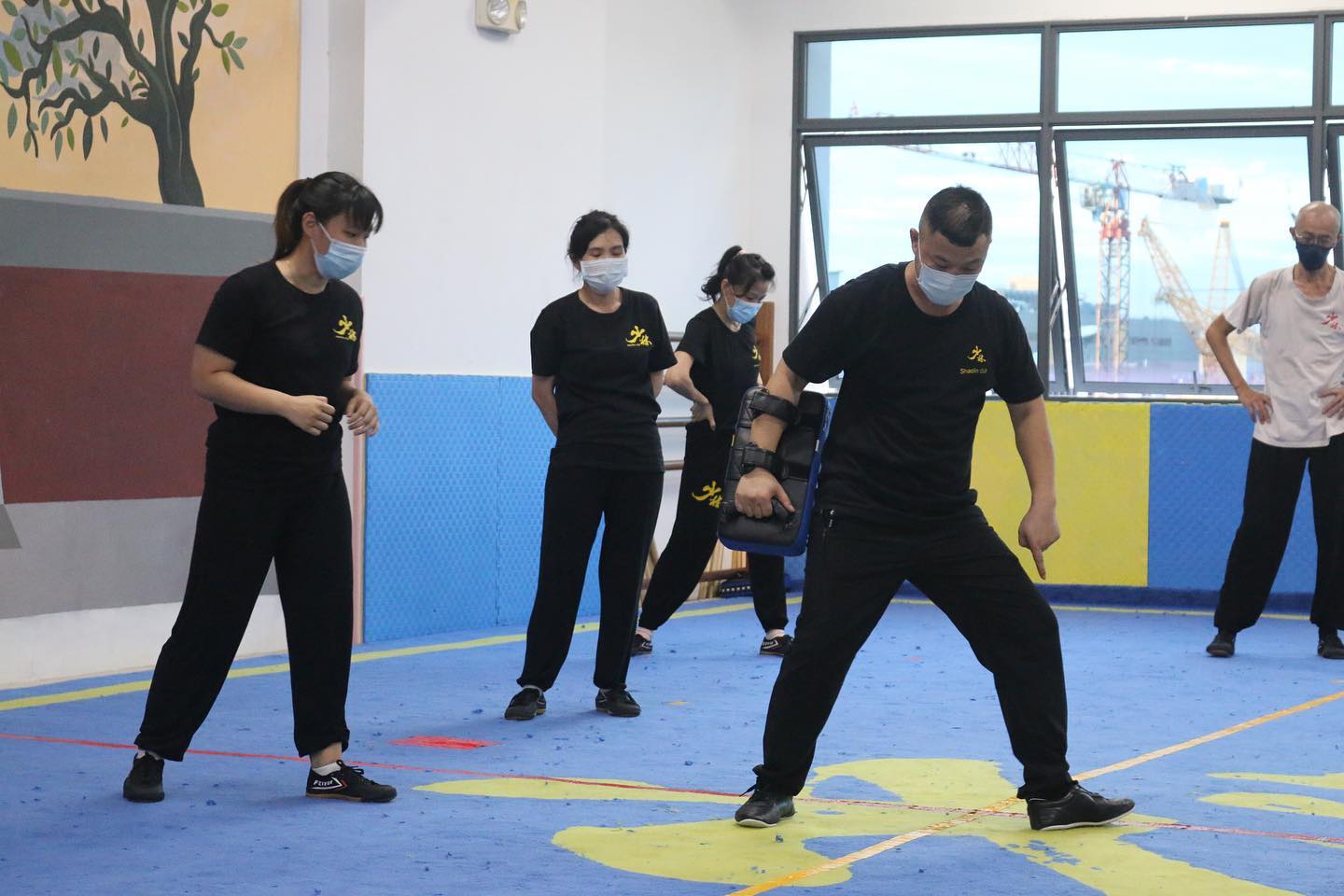 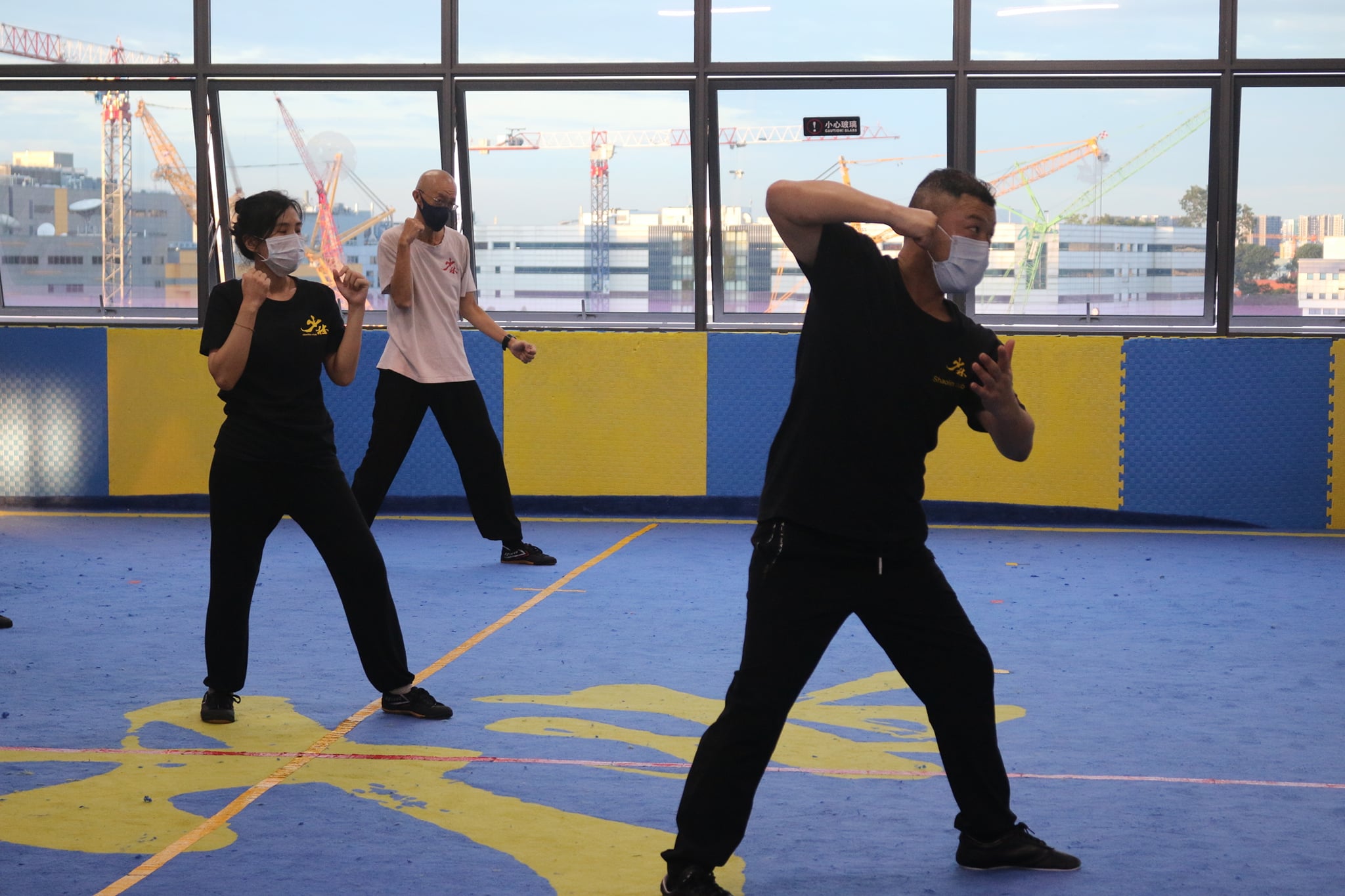 Sanda is an unarmed confrontation in which two people follow certain rules and use offensive and defensive techniques in martial arts to subdue each other. It is an important part of Chinese martial arts. It is divided into ancient Sanshou (strong lethality) and modern Sanshou (more restrictions). The earliest development of ancient Sanshou, as Sanshou, must be able to fight against single-player and weapon or multiplayer fighting, using head, fingers, palms, fists, elbows, shoulders, knees, legs, hips, arms and other parts to attack. The main techniques are as follows: There are elbows and knees in fighting, kicking, holding, falling, and falling. In combat, you pay attention to surprises, and don’t pay attention to the tricks, but only pay attention to the practicality of winning. Modern Sanda is a common offensive and defensive technique that combines kicking, beating, and wrestling with straight fist, swing fist, copy fist, whip fist, whip kick, kick, kick, wrestling and other techniques. Sanda has no routines, only single moves and combinations.

Authentic Shaolin kung fu, for those who sincerely apprehend martial art. The authentic, traditional, and real Shaolin Kungfu is taught in strict accordance with the “master-apprentice system” and taught by the “master’s comprehensive assessment of disciples”. The formula is used as the medium. Oral transcripts are not written, so it is difficult for ordinary people to get a glimpse of its mystery. It is combined with the traditional patriarchal system of the Shaolin Temple, and the art is passed on from generation to generation by monks accepting disciples and giving art. The recognition of the inheritor’s qualifications is based on the inheritance system of Zen Buddhism. The core content is “Master’s words and deeds” and “disciples’ diligent practice”; masters and disciples are like fathers and sons, they will be the fathers for the rest of their lives. reputation. Therefore, strict selection and testing are required for those who come to Shaolin Temple to apprentice. 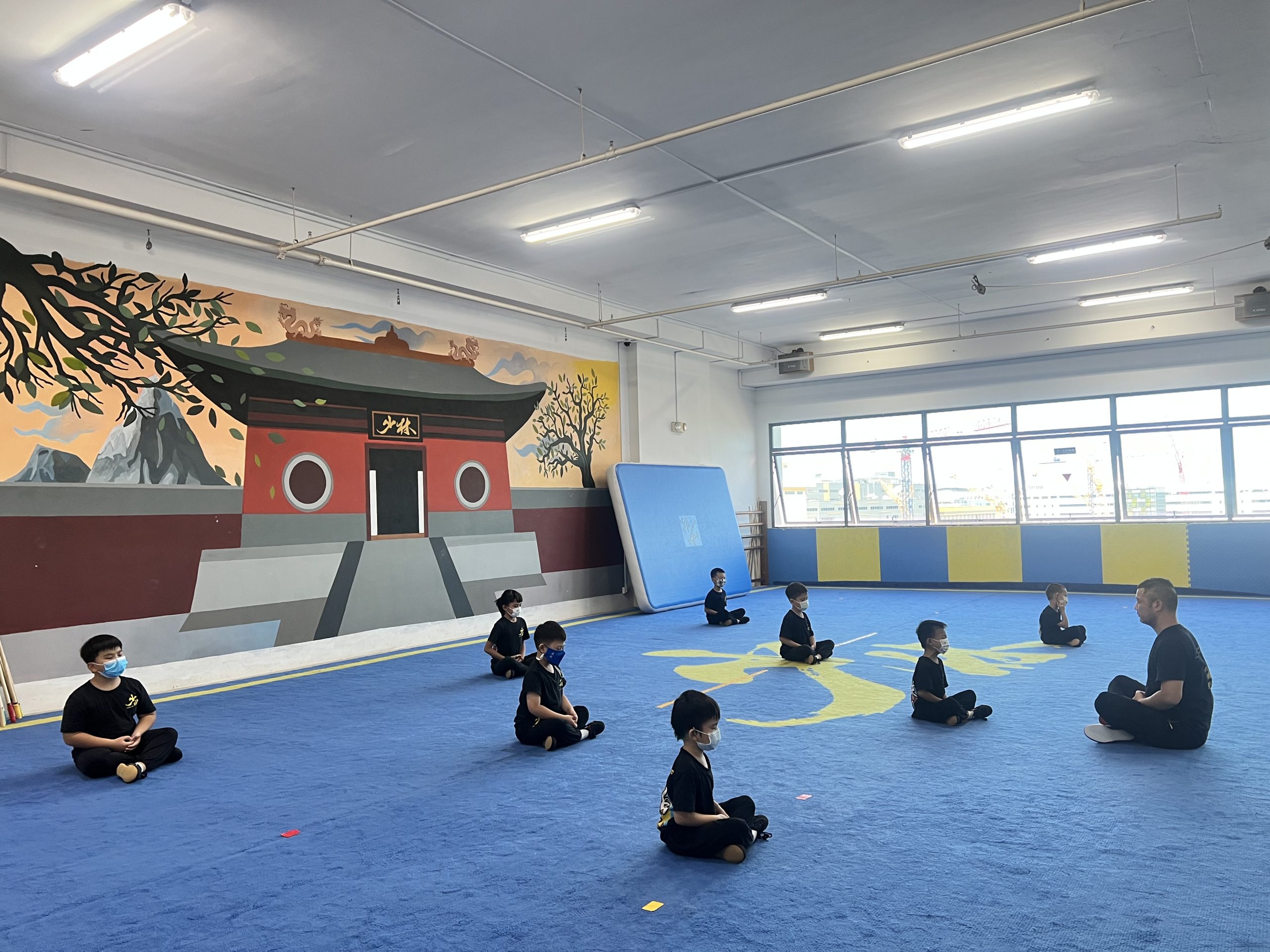 Before the start of the kungfu class, we suggest every student to come for a trial lesson to let us know more about your strength and weakness on body flexiblity and coordination so we can make a specific learning plan of each one of you, the kungfu enthusiasts!

We have different group classes mean for beginners and intermediate students.

Enhanced and private classes are also available for those more experienced students who persevere in training for very long time. Feel free to approach us for more details!

Ready to get started?